The sense of belonging is one of the most basic human needs. If you took freshman psychology in college, you learned about behavioral psychologist Abraham Maslow’s Hierarchy of Human Needs Pyramid. In Maslows 1943 paper, A theory of human motivation, he identified the five areas of human needs. The first area is made up of physiological needs such as breathing, food, water, and sex. (It’s a need. It’s science. Guys win.) These needs must be satisfied before you can progress to the next level which involves safety needs such as shelter, job security, not being eaten by a bear. Then comes love and belonging followed by self esteem needs and self actualization.  The need for belonging is a powerful influence for healthy and profitable relationships whether they are with the customer, coworkers or team. 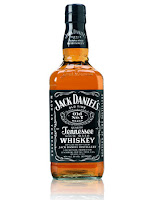 Not long after I moved to Nashville in the mid-nineties, I met a group of guys that I started hitting the town with. Back in those days I had a flat stomach, a tolerance for Jack Daniels, and a tendency to see dawn as he end of an evening. Now my six pack has turned into a one pack, the smell of Jack Daniels makes me queasy, and dawn is often the backdrop for my second cup of coffee. We were all aspiring artists, musicians, songwriters or studio engineers which meant we were broke. One guy in our group worked for RCA records…in the mail room. I used to wonder what an intelligent, college educated, ambitious guy like him was doing working for nine bucks an hour in the mailroom of a record label. I finally understood one night when we all went to a downtown Nashville night club. At RCA records, all of the employees received an RCA jacket. They looked like high school letterman jackets with the RCA logo on the back. When we walked into the club that night and people saw his jacket, you would have thought royalty had entered the room. Keep in mind that 80% of the people in the bar were trying to make it in the music business and as far as they were concerned, he could make their dreams come true. Beautiful women were brushing past me to brush against my friend. Guys were buying him drinks and bartenders were passing him their demos. I then understood why a college educated, intelligent, ambitious young guy would work in the RCA mail room for 9 bucks an hour. He wasn’t working for nine bucks an hour. He was working for the jacket. RCA had created a sense of belonging among their employees that encompassed everyone from the C-suite to the mail room. They were a part of something bigger than themselves and it created an atmosphere of inclusion that translated into job satisfaction that was not predicated by salary. People want to do business with people who enjoy their job. They are happier, friendlier, more helpful, and nicer.
It reminds me of the old story of a man walking with his young son past a construction
site. An old brick mason was mixing mortar and laying bricks along a bare foundation.
The young boy asked his father “what is that man doing?” The father replied “He is a brick mason.
He is mixing mortar and laying bricks”. Overhearing the conversation, the old man walked over and said
“I am not just laying bricks.” “What are you doing then?” asked the little boy. The old man proudly replied “I am building a beautiful cathedral”.
It is so easy to define our job by the tasks we do, but when people are made to feel a part of something greater than themselves it creates a sense of belonging. When you create a culture of belonging then employees not only have more fun at work, they take ownership in the performance of the team.  Have you ever heard an orchestra warm up? It sounds horrible. That is because the focus of the musician is on the task of playing their instrument. It is only when the group focuses on their instruments with the outcome in mind is music created.
What song is your team playing? What is your cathedral? Creating a sense belonging is about communicating outcome and including the team in the process.
Posted in branding, customer loyalty, customer service, motivational speaker, north carolina speaker, professional speaker, sales, sales speaker, team building