In 2004 my world changed.  It was altered, not because of events or circumstances, but because of context. I became a husband in 2004. I became a father in 2004, then again in 2005, and once more in 2008. Finally my wife told me that if I wanted another child I would have to do it with my next wife. Up until 2004 my identity existed on the basis of accomplishment, achievement, or circumstance.  I suddenly found myself with an identity predicated by something different…context.  My friend and fellow professional speaker John Crudele summed up the true meaning of context for me.  He told me that the moon is only the moon because of the Earth. Its relationship to the earth is what frames its identity. He said without context and mutual attraction, it is just a rock floating in space. 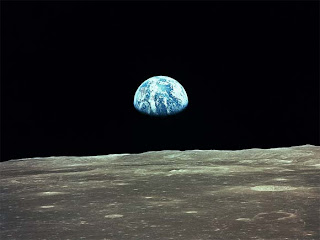 I am a husband and father, not because of me or what I’ve done, but rather because of my relationship to my wife and kids. Just like our identity as a family member is determined by the relationship to the rest of the family, so is the identity of our customers. Our customers are not our customers because we exist. We are who we are because our customers exist. As a professional speaker and writer, I only maintain that identity if I have an audience. If not, I am just another opininated big mouth looking at an empty calendar on the wall of my office. I am a humorist. I believe that funny is funner so I try to incorporate humor into everything I do. I was once asked during an interview “what is the difference between a comedian and a humorist?” I thought for a minute about all of the humorists that I know and gave the most honest answer I could even though many comedians would disagree.  I said that most comedians believe the audience is there for them. As a humorist, I am there for my audience. When you treat your customers as if your existence depends on them, you will be nicer, more efficient, more transparent, and just plain better than if you operate as if your customers need you. When your customer relationship is based on mutual attraction and context, you decommoditize your position in your industry and become the brand.
Posted in customer service, funny speaker, leadership development, peak performance, personal development, professional speaker